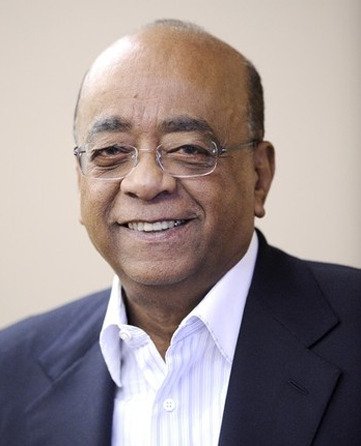 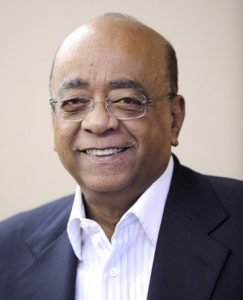 Mohammed “Mo” Ibrahim (Arabic: محمد إبراهيم‎; born 3 May 1946) is a Sudanese-British billionaire businessman. He worked for several telecommunications companies, before founding Celtel, which when sold had over 24 million mobile phone subscribers in 14 African countries. After selling Celtel in 2005 for $3.4 billion, he set up the Mo Ibrahim Foundation to encourage better governance in Africa, as well as creating the Mo Ibrahim Index, to evaluate nations’ performance. He is also a member of the Africa regional advisory board of London Business School.

In 2007 he initiated the Mo Ibrahim Prize for Achievement in African Leadership, which awards a $5 million initial payment, and a $200,000 annual payment for life to African heads of state who deliver security, health, education and economic development to their constituents and democratically transfer power to their successors. Ibrahim has pledged to give at least half of his wealth to charity by joining The Giving Pledge.

2011 Billionaire List Mo Ibrahim is worth $1.8 billion, making him the 692nd richest person in the world. Mo Ibrahim was also selected for the TIME “Top 100” list in 2008 and was ranked first in the annual Powerlist of influential Black Britons.