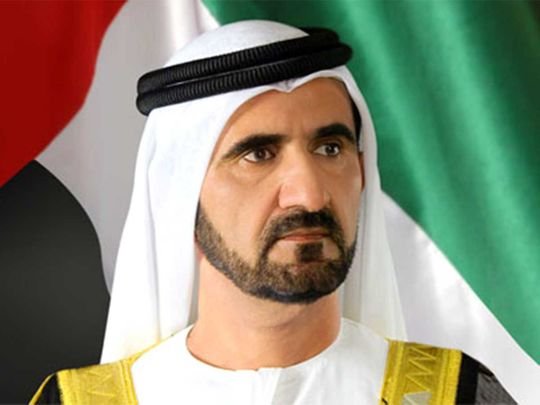 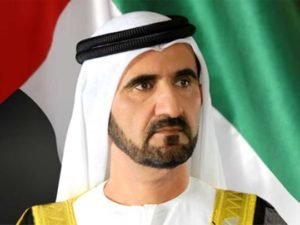 Sheikh Mohammed bin Rashid Al Maktoum (Arabic: محمد بن راشد آل مكتوم‎; Muḥammad bin Rāshid ʾĀl Maktūm; born 15 July 1949) is the Vice President and Prime Minister of the United Arab Emirates (UAE), and ruler of the Emirate of Dubai. Since his accession in 2006, after the death of his brother Sheikh Maktoum, he has undertaken reforms in the UAE’s government, starting with the UAE Federal Government Strategy in April 2007.

He is responsible for the growth of Dubai into a global city, as well as the launch of a number of major enterprises including Emirates Airline, DP World, and the Jumeirah Group. Many of these are held by Dubai Holding, a company with multi-diversified businesses and investments. Sheikh Mohammed has overseen the development of numerous projects in Dubai including the creation of a technology park and a free economic zone, Dubai Internet City, Dubai Media City, the Dubai International Finance Centre, the Palm Islands and the Burj Al Arab hotel. He also drove the construction of Burj Khalifa, the tallest building in the world.

A keen equestrian, he is the founder of the Maktoum family-owned Godolphin stable and the owner of Darley, a thoroughbred breeding operation with operations in six countries. In 2012, he rode the horse Madji Du Pont 160 km to take the FEI World Endurance Championship. He is also a Nabati poet in his native Arabic.

On 5 March 2020, a British court ruled that on the balance of probabilities, he had abducted two of his daughters and had threatened his former wife, Princess Haya.His daughters Shamsa and Latifa are believed to be forcibly medicated while held in Dubai under Al Maktoum orders since 2000 and 2018, respectively. On 16 February 2021, BBC’s Panorama broadcast a critical documentary featuring Princess Latifa’s video messages that she made secretly under enforced detention in Dubai on the orders of Sheikh Mohammed.