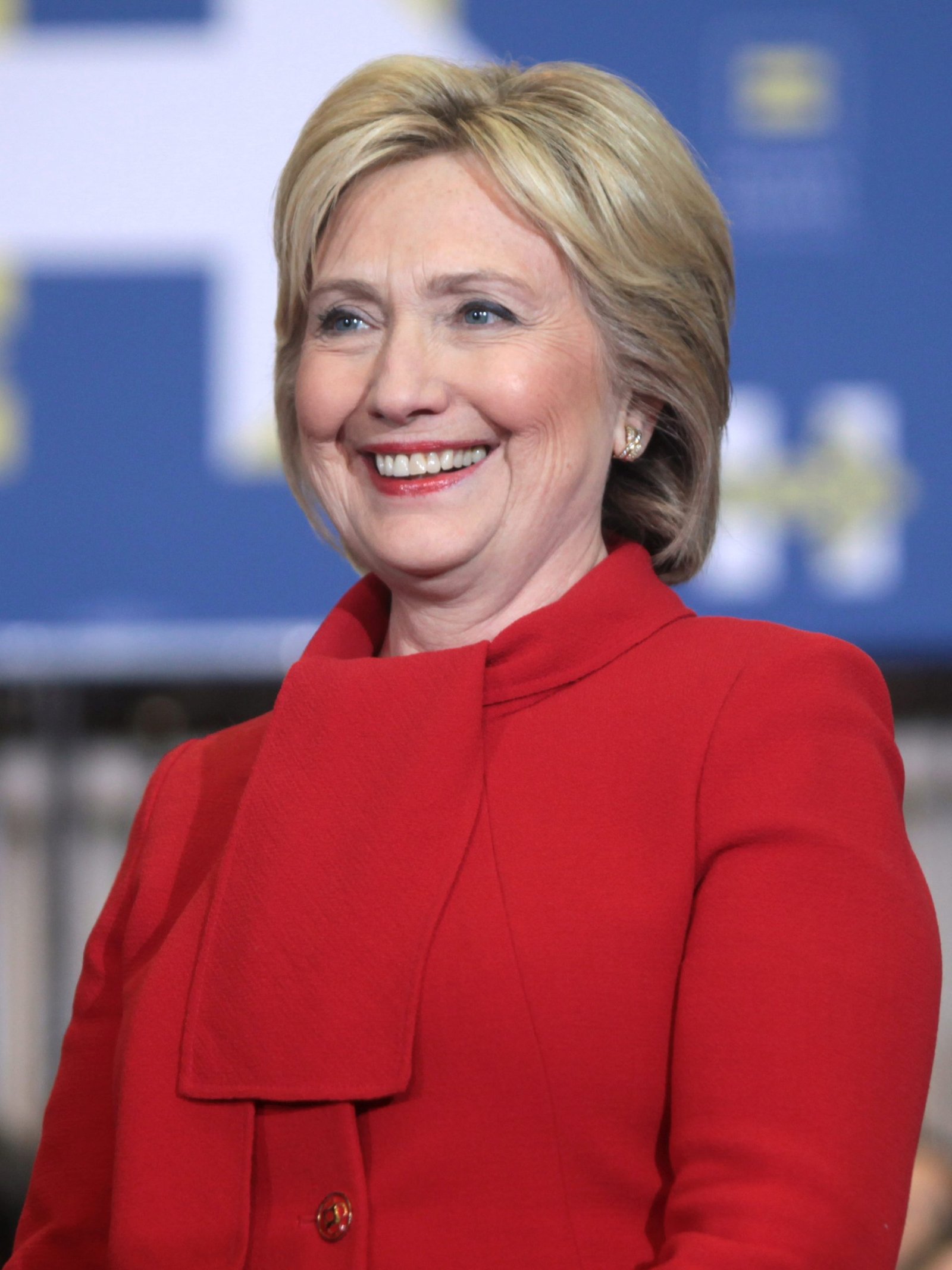 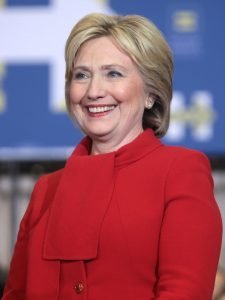 Hillary Diane Rodham Clinton (née Rodham; born October 26, 1947) is an American politician, diplomat, lawyer, writer, and public speaker who served as the 67th United States secretary of state from 2009 to 2013, as a United States senator from New York from 2001 to 2009, and as First Lady of the United States from 1993 to 2001. Clinton became the first woman to be nominated for president of the United States by a major political party when she won the Democratic Party nomination in 2016. She was the first woman to win the popular vote in an American presidential election, which she lost to Donald Trump.

Raised in the Chicago suburb of Park Ridge, Clinton graduated from Wellesley College in 1969, and earned a Juris Doctor from Yale Law School in 1973. After serving as a congressional legal counsel, she moved to Arkansas and married future president Bill Clinton in 1975; the two had met at Yale. In 1977, she co-founded Arkansas Advocates for Children and Families. She was appointed the first female chair of the Legal Services Corporation in 1978 and became the first female partner at Little Rock’s Rose Law Firm the following year. The National Law Journal twice listed her as one of the hundred most influential lawyers in America. Clinton was the first lady of Arkansas from 1979 to 1981 and again from 1983 to 1992. As First Lady of the United States, Clinton advocated for healthcare reform. In 1994, her major initiative—the Clinton health care plan—failed to gain approval from Congress. In 1997 and 1999, Clinton played a leading role in advocating the creation of the State Children’s Health Insurance Program, the Adoption and Safe Families Act, and the Foster Care Independence Act. Clinton advocated for gender equality at the 1995 UN conference on women. Her marital relationship came under public scrutiny during the Lewinsky scandal, which led her to issue a statement that reaffirmed her commitment to the marriage.

In 2000, Clinton was elected as the first female senator from New York. She was re-elected in 2006 and chaired the Senate Democratic Steering and Outreach Committee from 2003 to 2007. During her Senate tenure, Clinton advocated for medical benefits for first responders whose health was damaged in the September 11 attacks.[3] She supported the resolution authorizing the Iraq War in 2002 but opposed the surge of U.S. troops in 2007. In 2008, Clinton ran for president but was defeated by eventual winner Barack Obama in the Democratic primaries. Clinton was U.S. secretary of state in the first term of the Obama Administration from 2009 to 2013. During her tenure, Clinton established the Quadrennial Diplomacy and Development Review. She responded to the Arab Spring by advocating military intervention in Libya but was harshly criticized by Republicans for the failure to prevent or adequately respond to the 2012 Benghazi attack. Clinton helped to organize a diplomatic isolation and a regime of international sanctions against Iran to force it to curtail its nuclear program; this effort eventually led to the multinational JCPOA nuclear agreement in 2015. Her use of a private email server when she was Secretary of State was the subject of intense scrutiny; while no charges were filed against Clinton, the email controversy was the single most covered topic during the 2016 presidential election.

Clinton made a second presidential run in 2016. After winning the Democratic nomination, she ran in the general election with Virginia senator Tim Kaine as her running mate. Clinton lost the presidential election to Republican opponent Donald Trump in the Electoral College despite winning a plurality of the popular vote. Following her loss, she wrote her third memoir, What Happened, and launched Onward Together, a political action organization dedicated to fundraising for progressive political groups. She is the current chancellor of Queen’s University Belfast in Belfast, Northern Ireland.