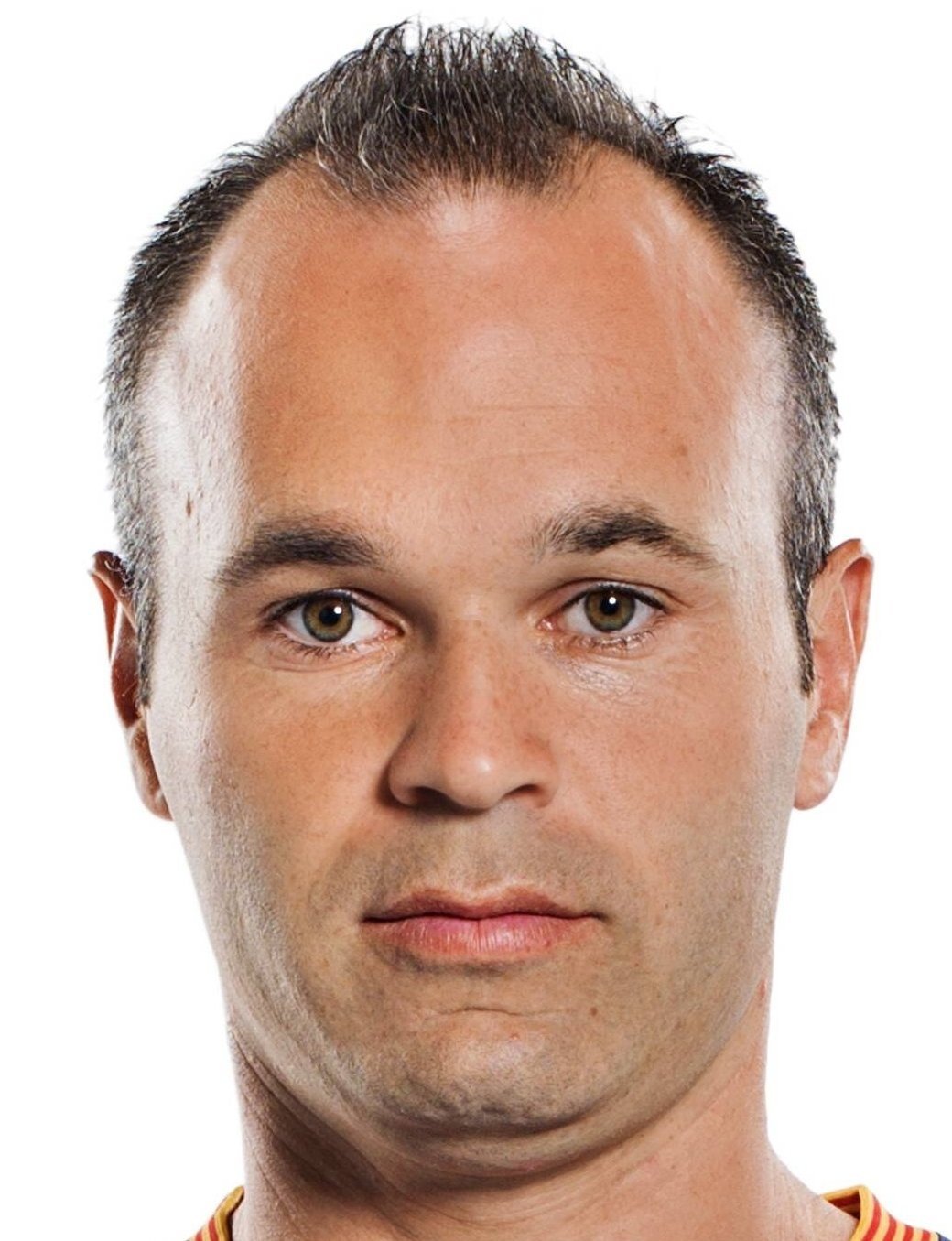 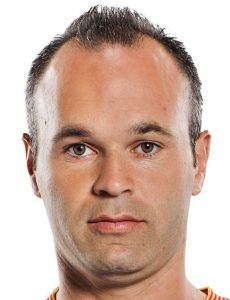 Andrés Iniesta Luján (Spanish pronunciation:  born 11 May 1984) is a Spanish professional footballer who plays as a central midfielder and is the captain of Japanese club Vissel Kobe. He spent most of his career at Barcelona, where he served as the captain for three seasons. Iniesta is widely considered to be one of the best players of his generation and one of the greatest midfielders of all time.

Iniesta came through La Masia, the Barcelona youth academy, after an early migration from his birthplace, and impressed from an early age. He made his first-team debut aged 18 in 2002. He began playing regularly during the 2004–05 season and remained in the team until 2018. Iniesta was an integral part of the Barcelona sides that won two historic trebles in 2009 and 2015, and his 35 trophies, which includes nine La Ligas and four UEFA Champions League titles, make him the most decorated Spanish footballer of all time. After twenty-two years at Barcelona, Iniesta signed for Japanese club Vissel Kobe in 2018.

Iniesta played for Spain at the Under-16, Under-19 and Under-21 levels before making his international debut in 2006. He helped Spain win UEFA Euro 2008, playing every game and being selected in the Team of the Tournament. Iniesta was also a key member of the victorious Spanish team at the 2010 FIFA World Cup; he scored the winning goal in the final against the Netherlands, for which he was named the Man of the Match, and was selected to the tournament’s All-Star Team. At UEFA Euro 2012, Iniesta led Spain to their second consecutive continental crown, again being chosen as the Man of the Match of the final against Italy, and was named the Player of the Tournament.

Iniesta has been named in the FIFA FIFPro World XI nine times and was chosen in the UEFA Team of the Year on six occasions. He was named in the All-time UEFA Euro XI. He won the UEFA Best Player in Europe Award in 2012 and was named the IFFHS World’s Best Playmaker in 2012 and 2013. Iniesta was runner-up to Lionel Messi for the 2010 FIFA Ballon d’Or and achieved third place in 2012.